The Tetley currently have two incredibly poignant exhibitions, from Rasheed Araeen and Kannan Arunasalam. Araeen’s ‘For Oluwale‘ presents work marking the 50th anniversary of David Oluwale’s death. Oluwale, a British-Nigerian drowned in the River Aire after being systematically harassed by the police. Arunasalam’s ‘The Tent‘ presents films reflecting on identity and the meaning of loss against the lasting impact of Sri Lanka’s civil war in 1983 – 2009.
Responding to these works in an appropriate way to engage families with young children was going to be difficult. I decided to focus on the theme of identity and what home and specifically Leeds, means to the participant.

With Leeds posters, we took images of Leeds, and thought about the area in which we lived, what we enjoyed about our home, its relationship to Leeds as a whole. When you are young and around the age of 7, the concept of Leeds is limited to home in the suburbs – the city is a place you visit rather than being intrinsic to your identity. The children told me about the places they lived, from Alwoodley and Bardsey in the north, and Farsley and Kirkstall in the west, over to Oulton in the east. Travel featured a lot, along with fun days out, and school. Walking in the wonderful green spaces that Leeds offers us across the metropolitan area, with the major parks of Roundhay, Golden Acre, Temple Newsam and Middleton Woods, was a must. Oh and of course drawing and doodling is always lots of fun. 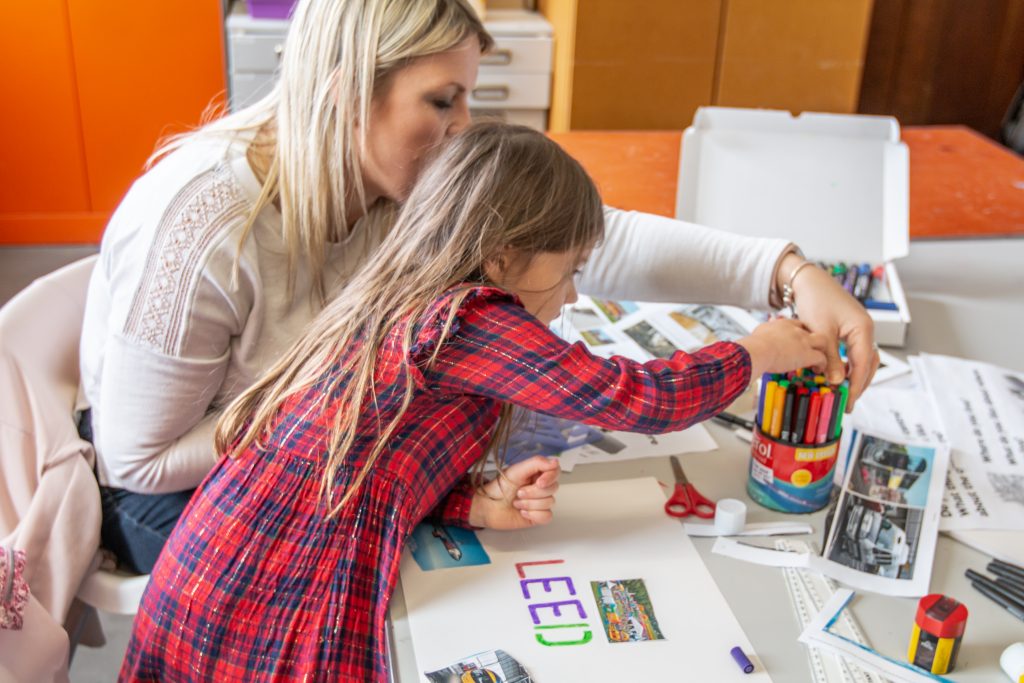 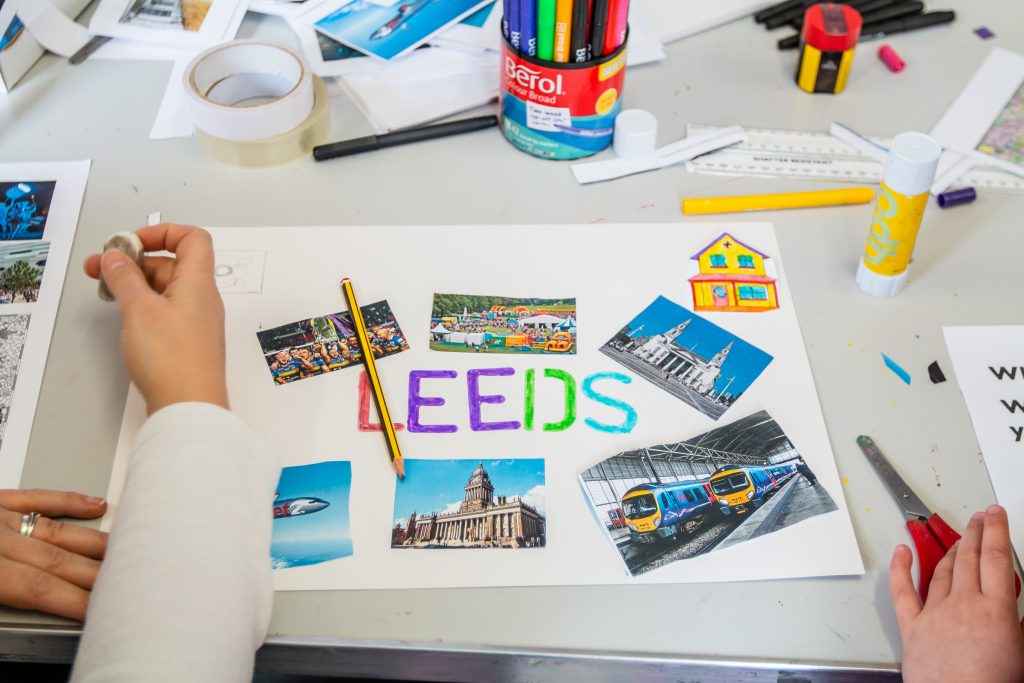 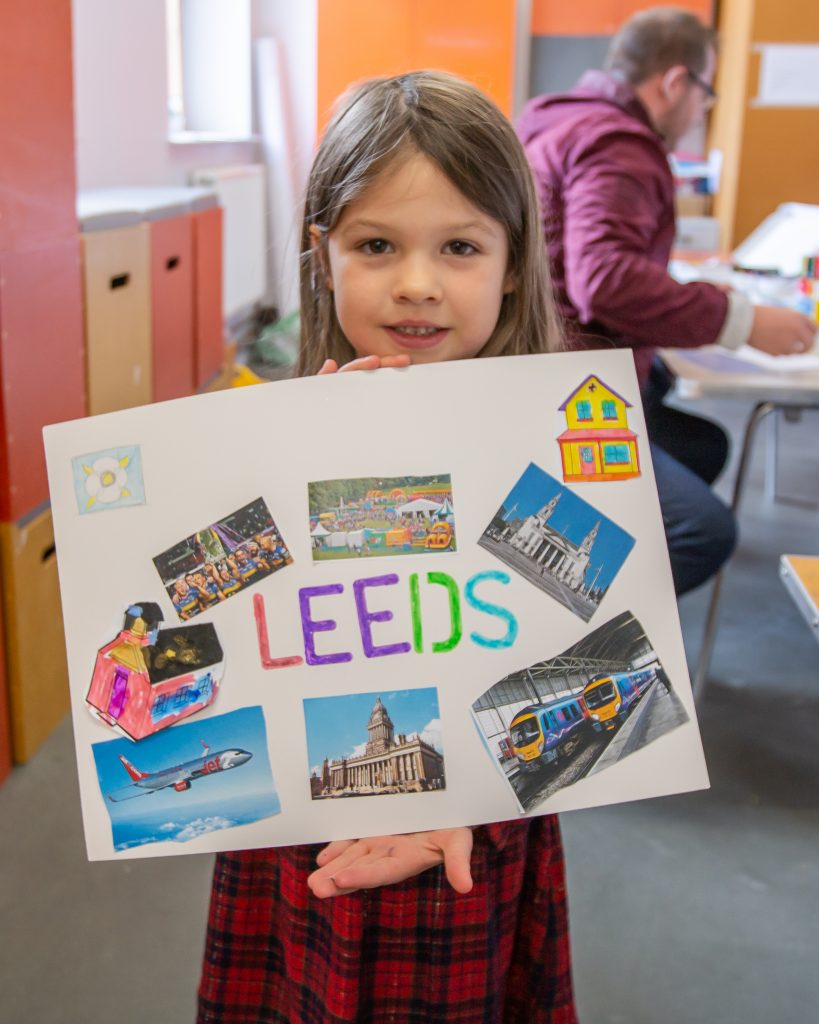 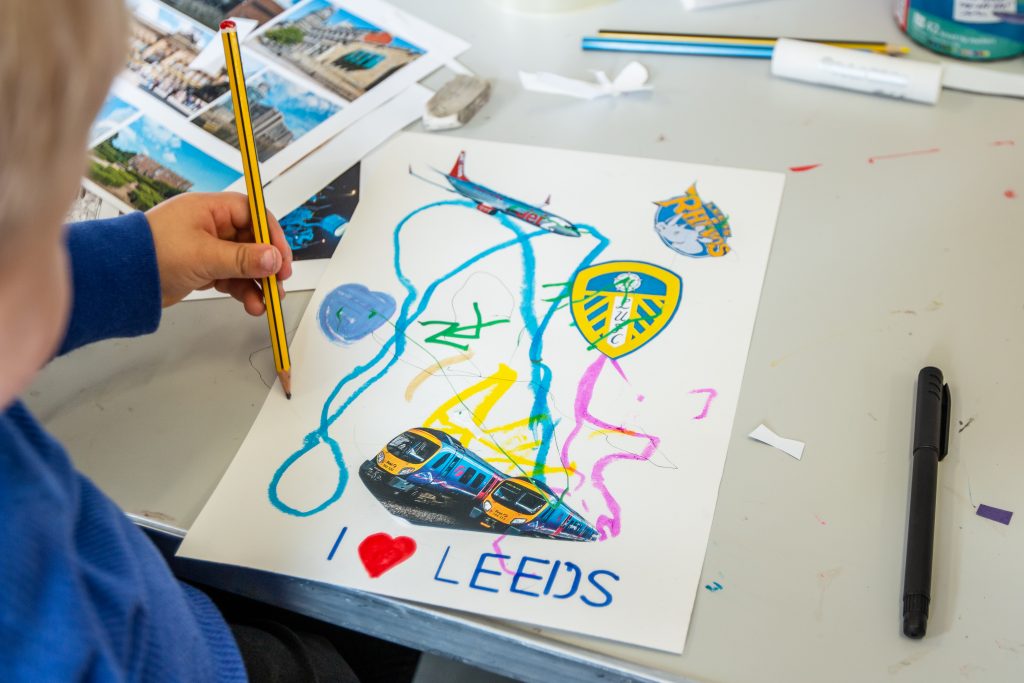 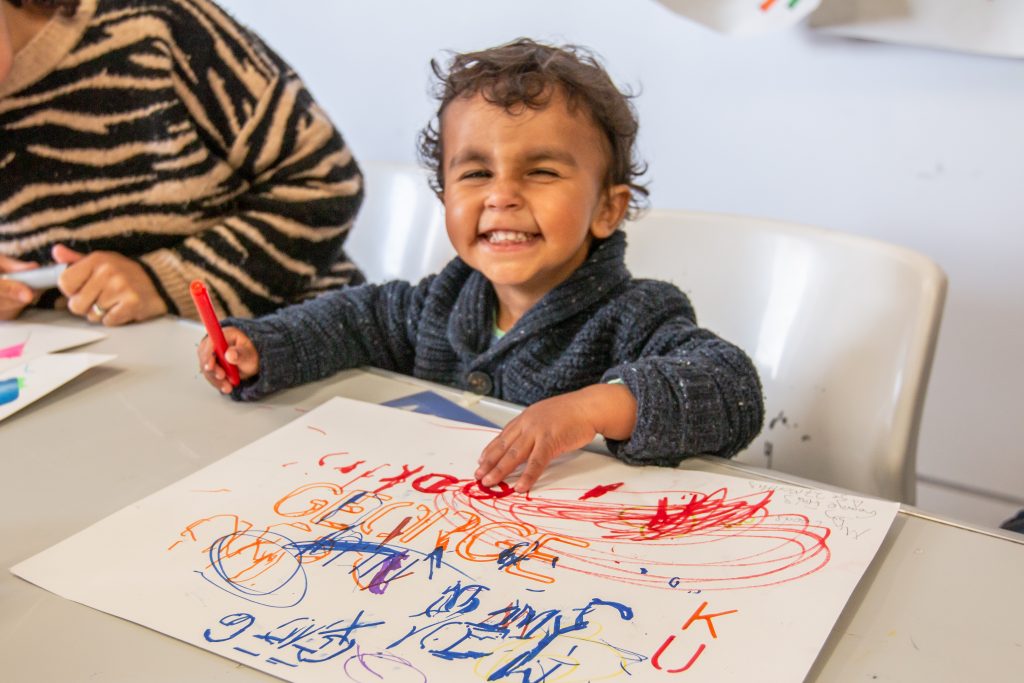 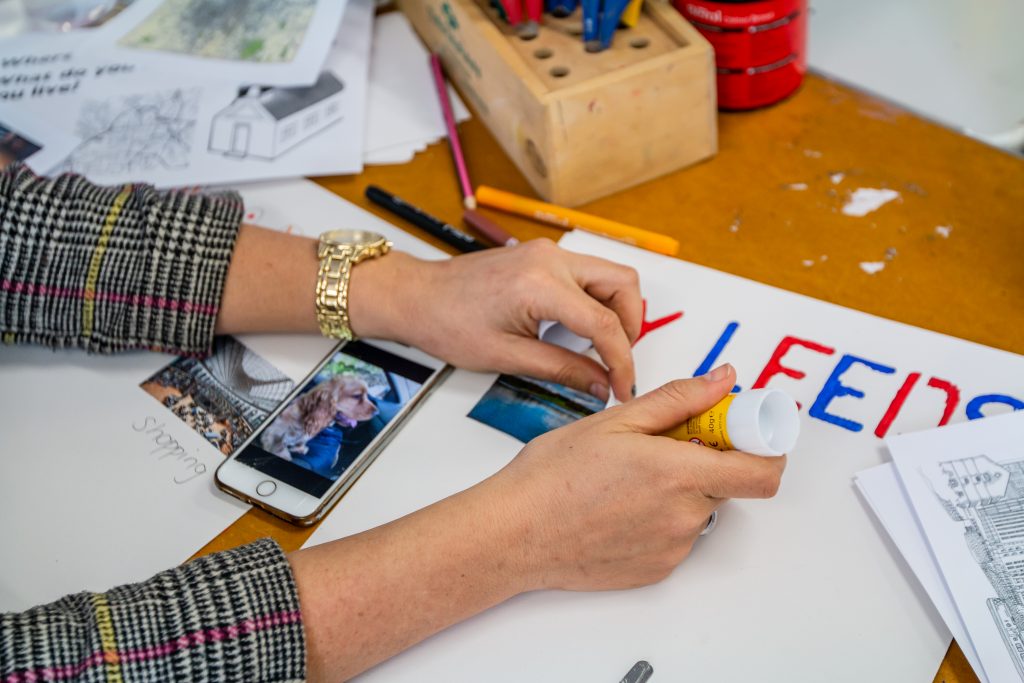 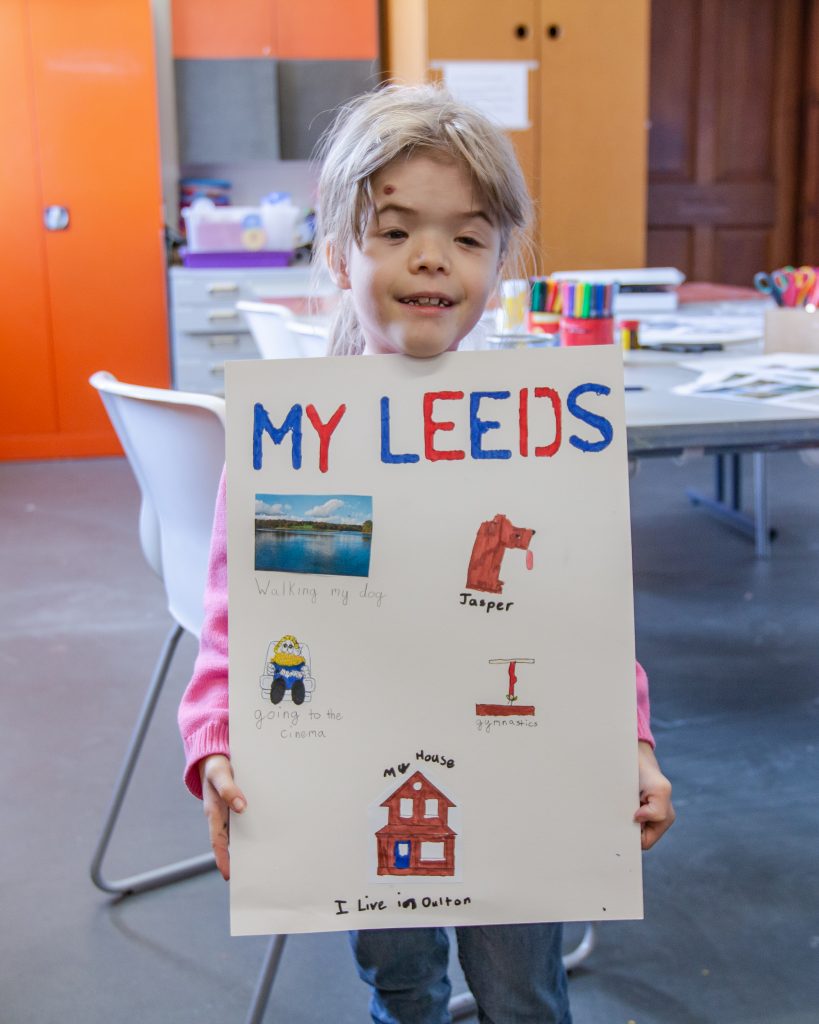 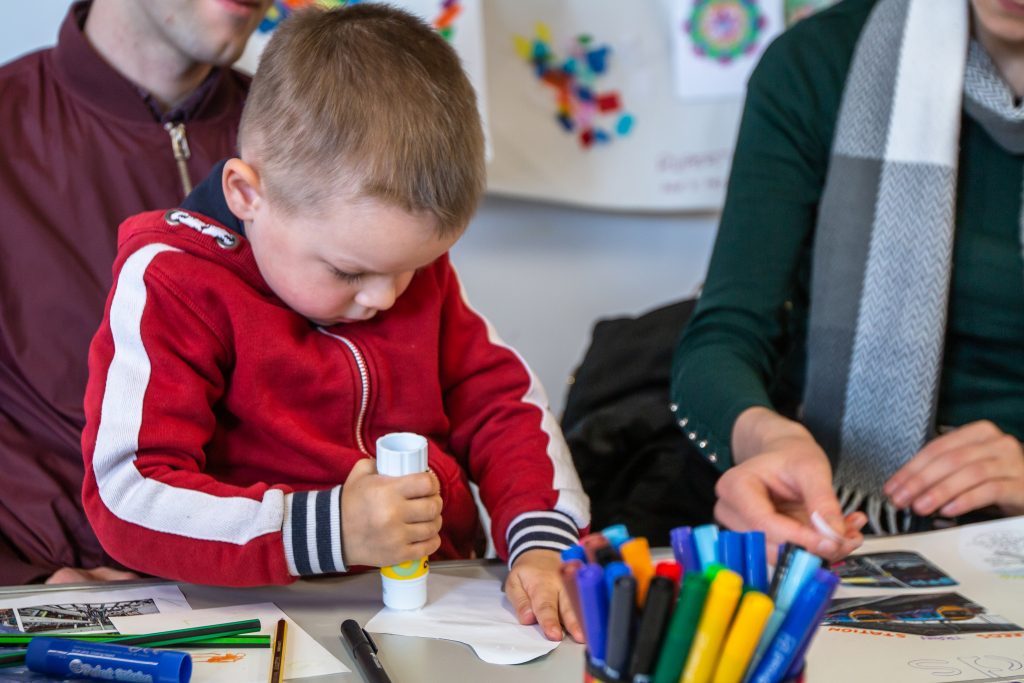 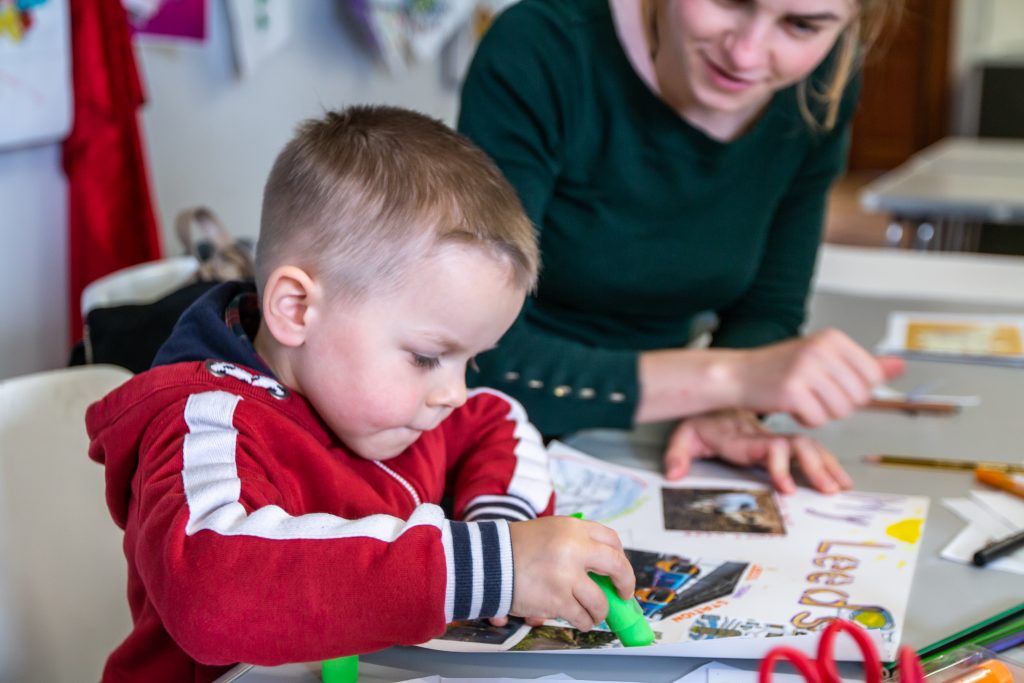 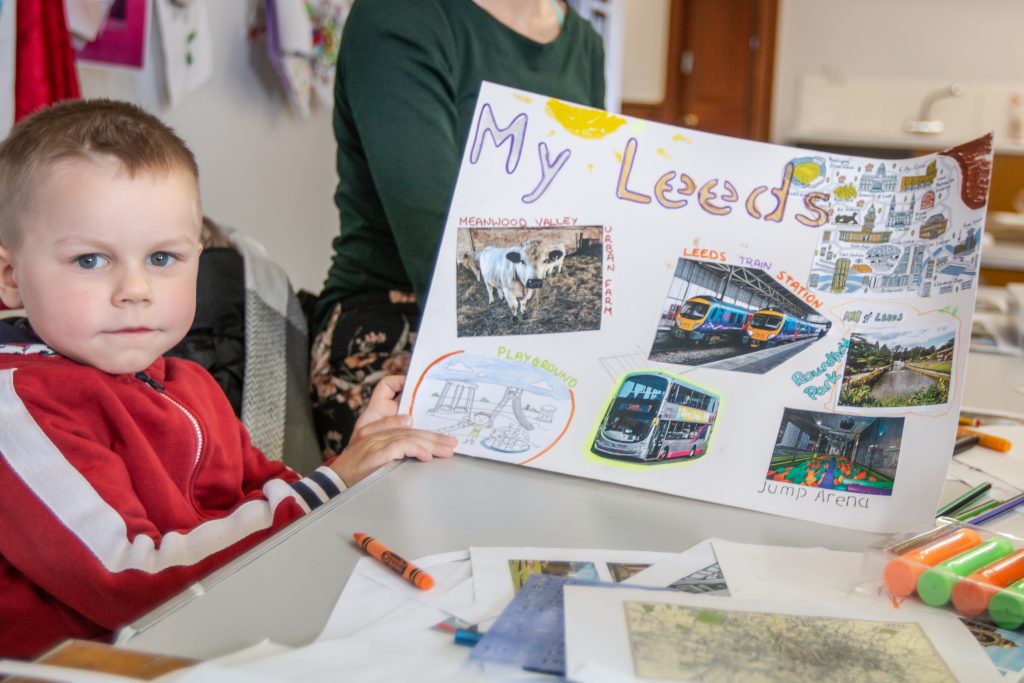 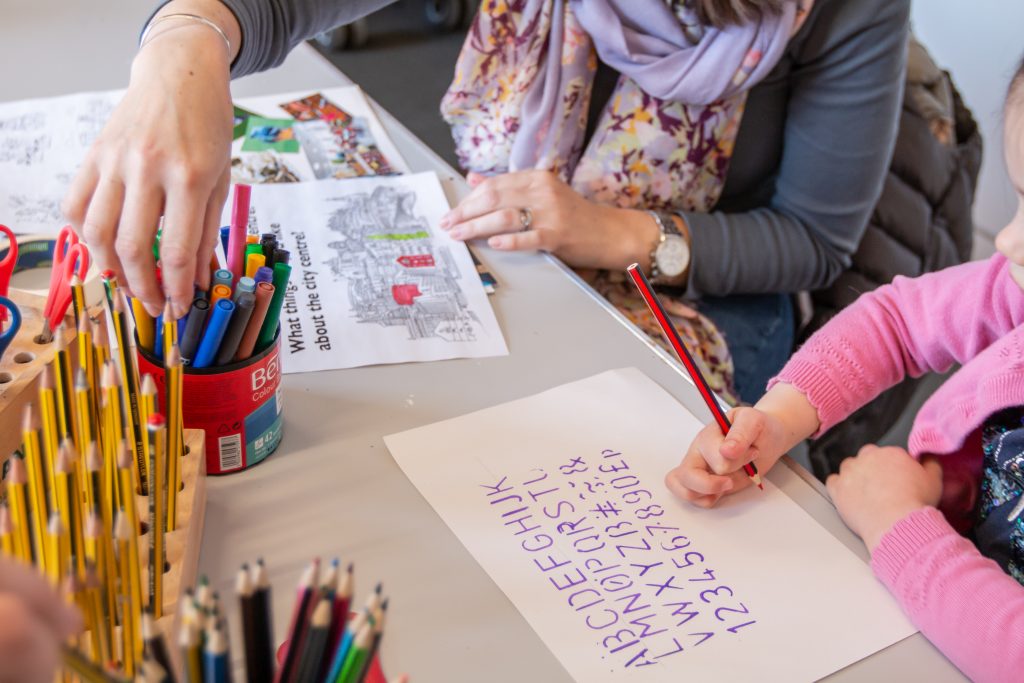 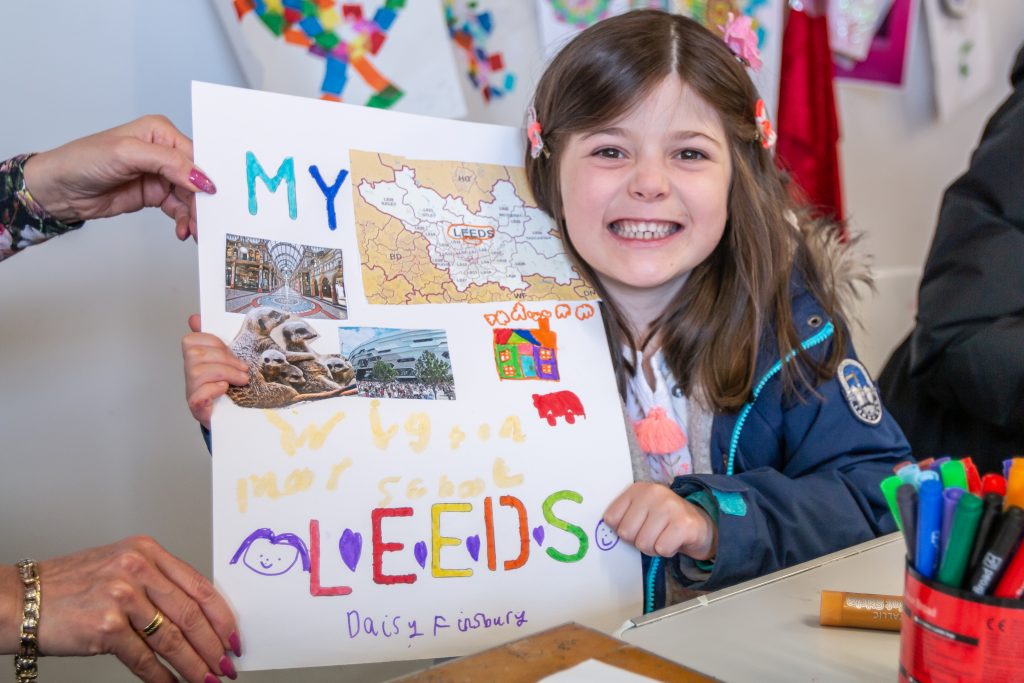 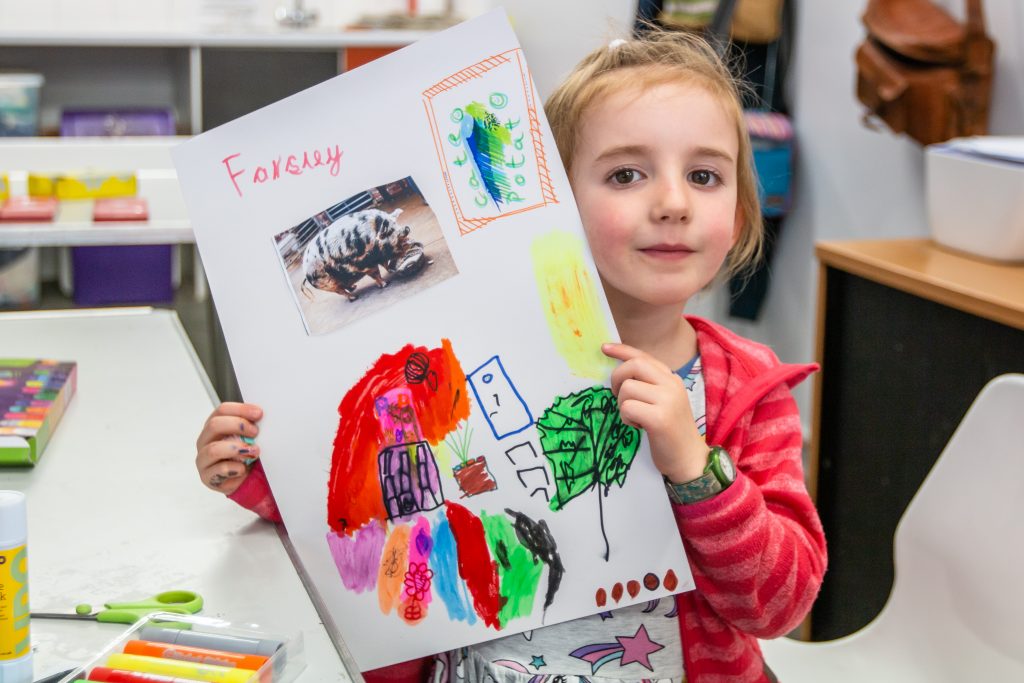