The current exhibition at The Tetley is an unusual one. Curated by Spanish performance artist, Dora Garcia, entitled ‘These books are alive; they spoke to me!’, it looks at the written word, and from my experience of it, it feels more about the experience than the content. The sound of the book readings are musical to the ear, I read passages from ‘Finnegan’s Wake’ to members of Pyramid of Arts’ High Rise Movement Group a couple of days previously. The words make little sense, but they flow from the tongue like a poetry of sounds, and one of the group members was taking in every sound I made.

For my family workshop, inspired by this exhibition, I looked at the title of the show. The title is a quote from the film Fahrenheit 451, based on the book by Ray Bradbury. In the story, books are deemed dangerous and burned (Fahrenheit 451 is the temperature books burn). Burning books with matches, the empty matchboxes can be filled with tiny books and the stories written by the participants, almost like secret pocket stories.
I printed out passages from well known classic and children’s books, and had a set of story cubes (dice with pictures on) to help inspire the participants to write their own stories.

I was so impressed with the stories they created, many of the children came over to read and show me their creations.
The stories were really varied, and the children seemed to love creating their books, which was a joy to watch.
We had: a book filled with bizarre fake news (very topical I thought); a story about a lonely book, left on the shelf, because people don’t read anymore, the book goes on a journey and finds other books and they are read again; a dinosaur who is scared of thunder (with good reason it would appear), he gets electrocuted in a storm and goes up to heaven and meets up with all the other dinosaurs; Alvin the fish who goes up into space, he gets eaten by a space crocodile, but it’s ok because the crocodile is filled with water and the fish lives happily in its stomach; a story about a sheep and a shadow; a cyclops; a unicorn; a man who lost an eye, found an eye, and then became a robot!!! Children’s imaginations are so wonderful, and as much as they enjoyed my workshop, I enjoyed it too!

Below is a selection of images I took during the workshop. 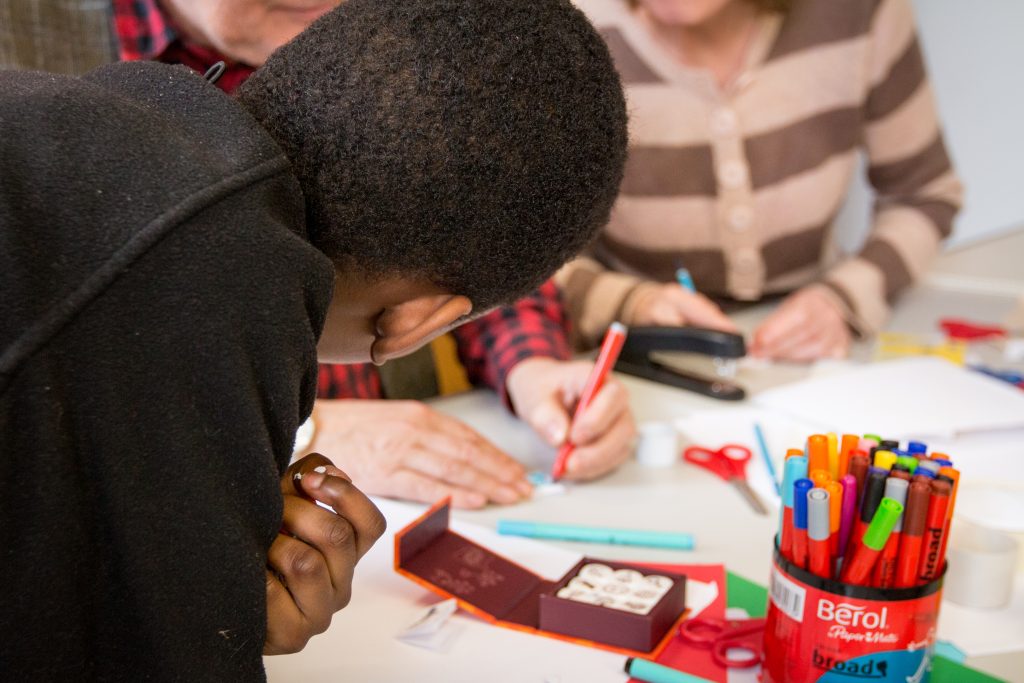 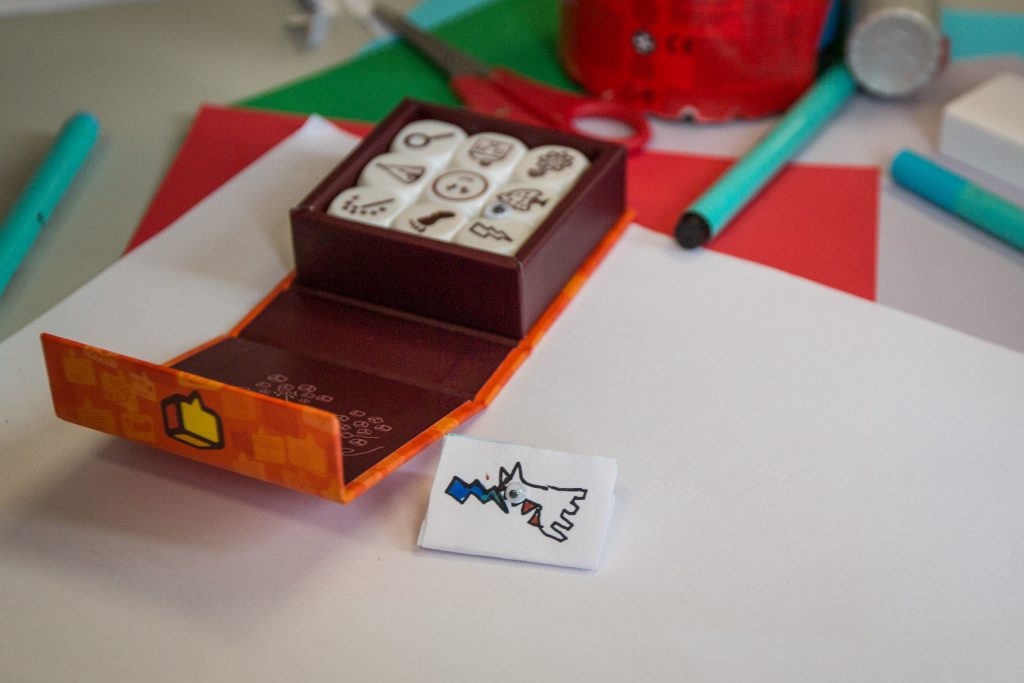 We used story cubes, which helped us move our stories along. 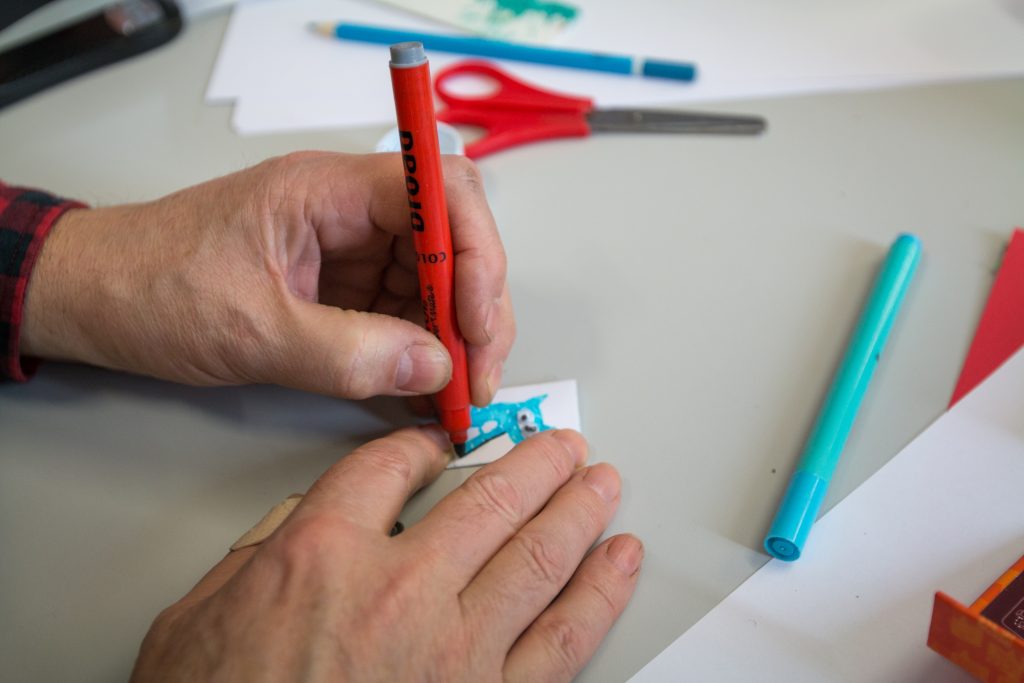 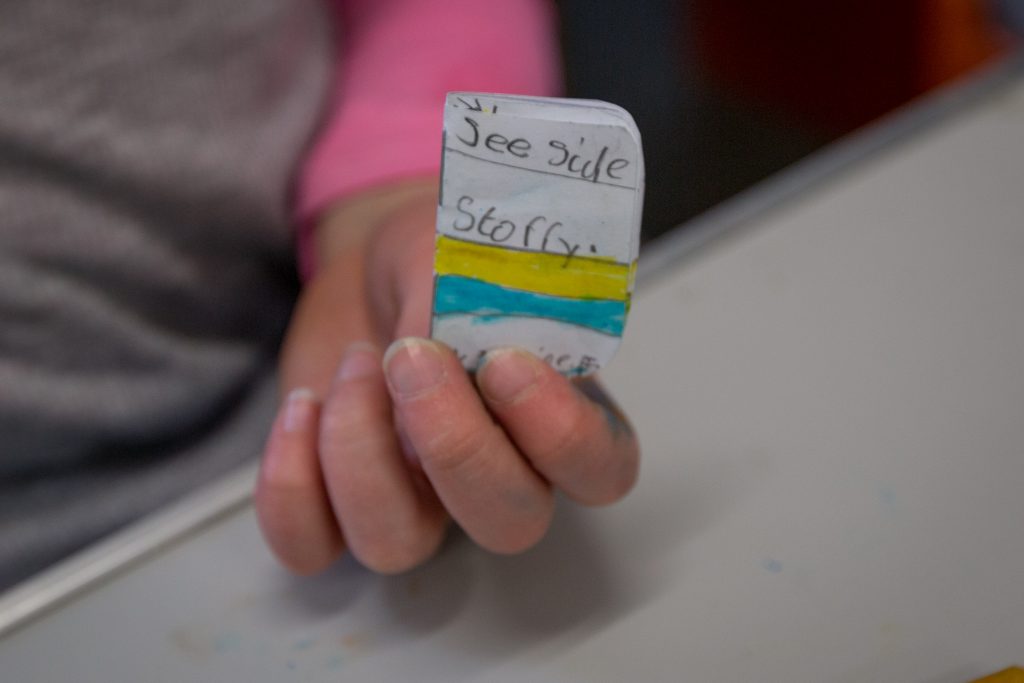 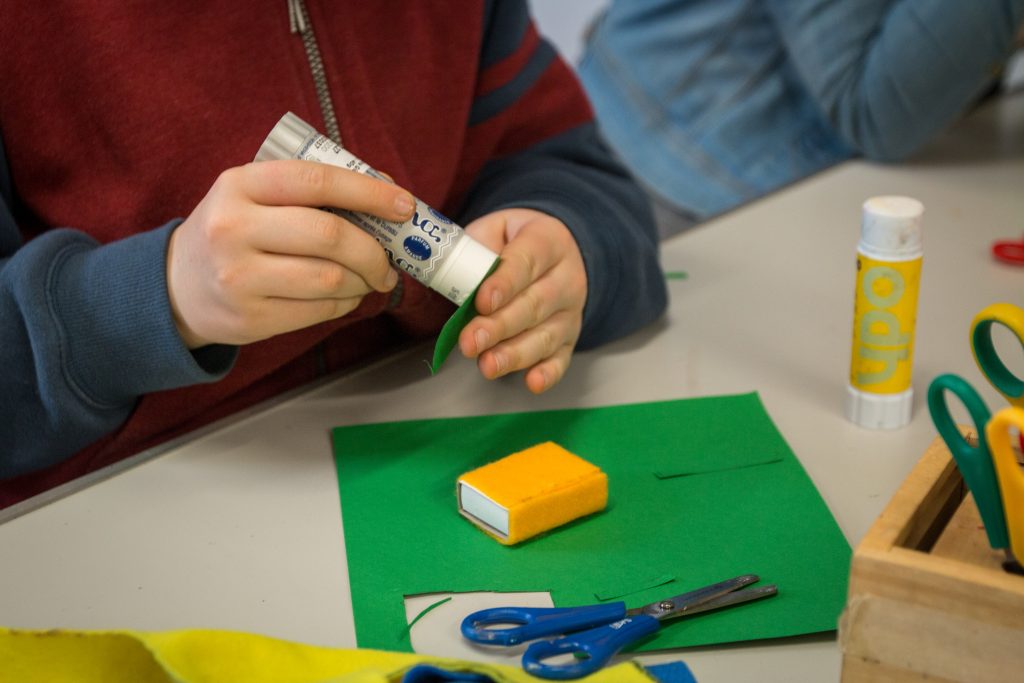 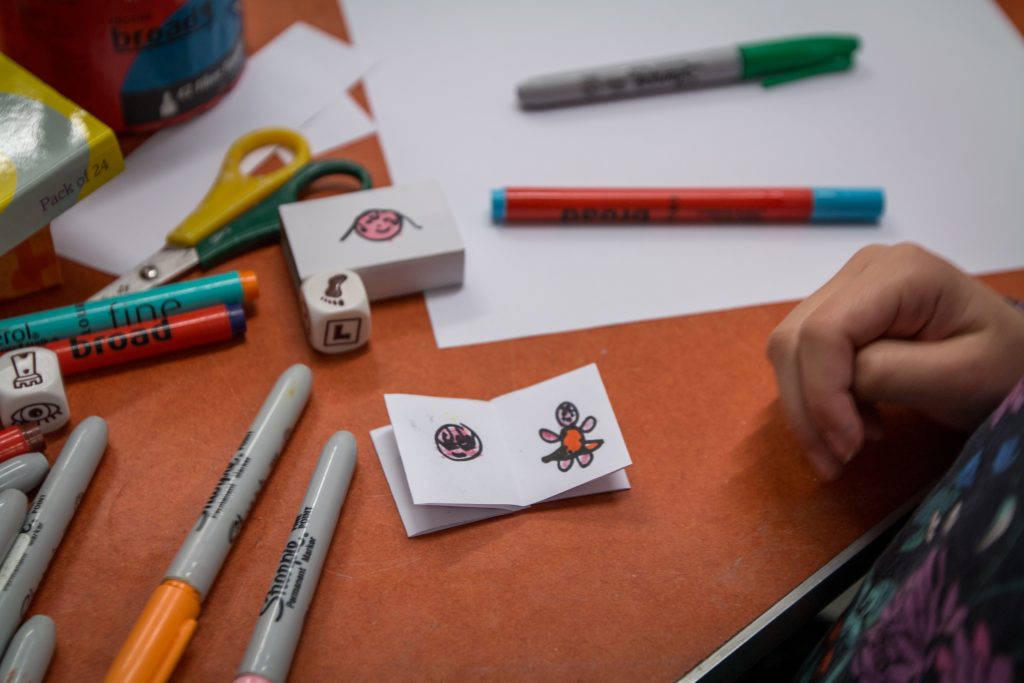 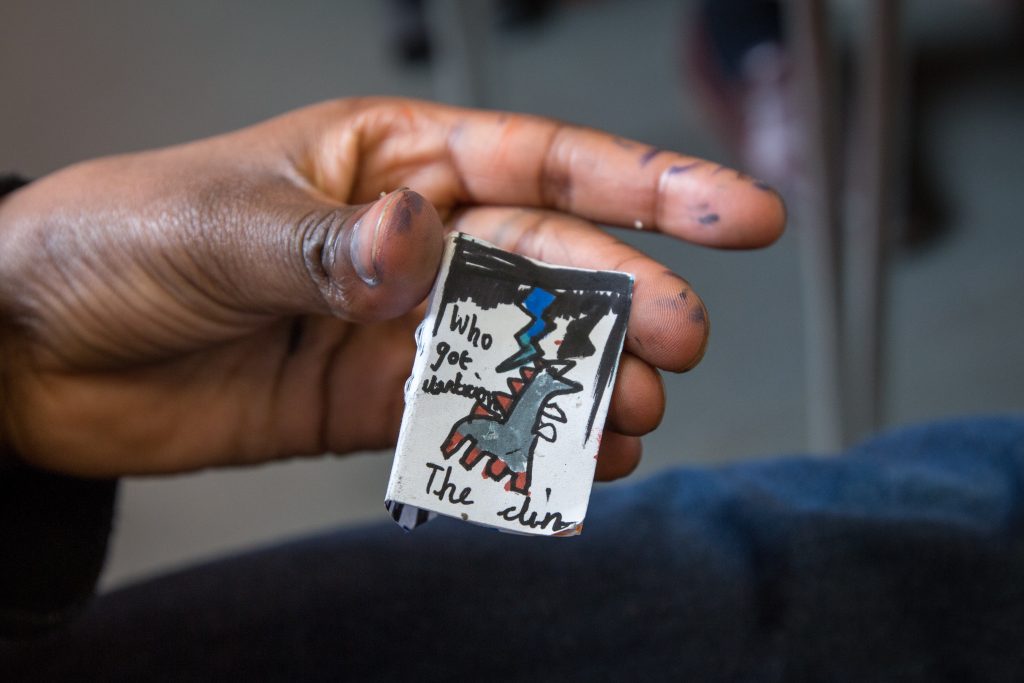 The dinosaur who was afraid of thunder. 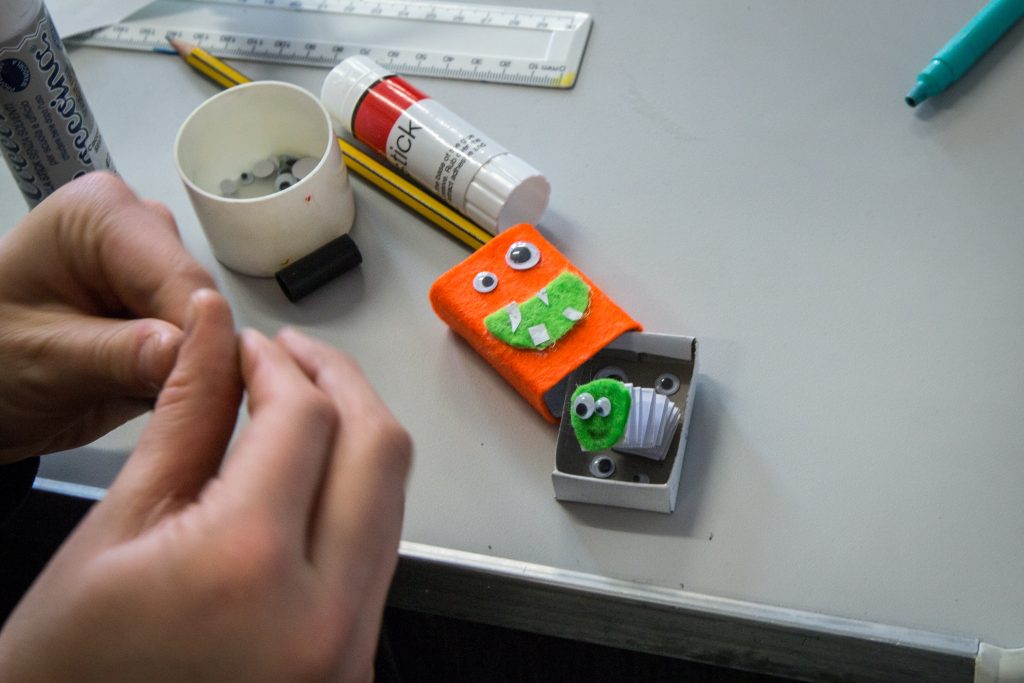 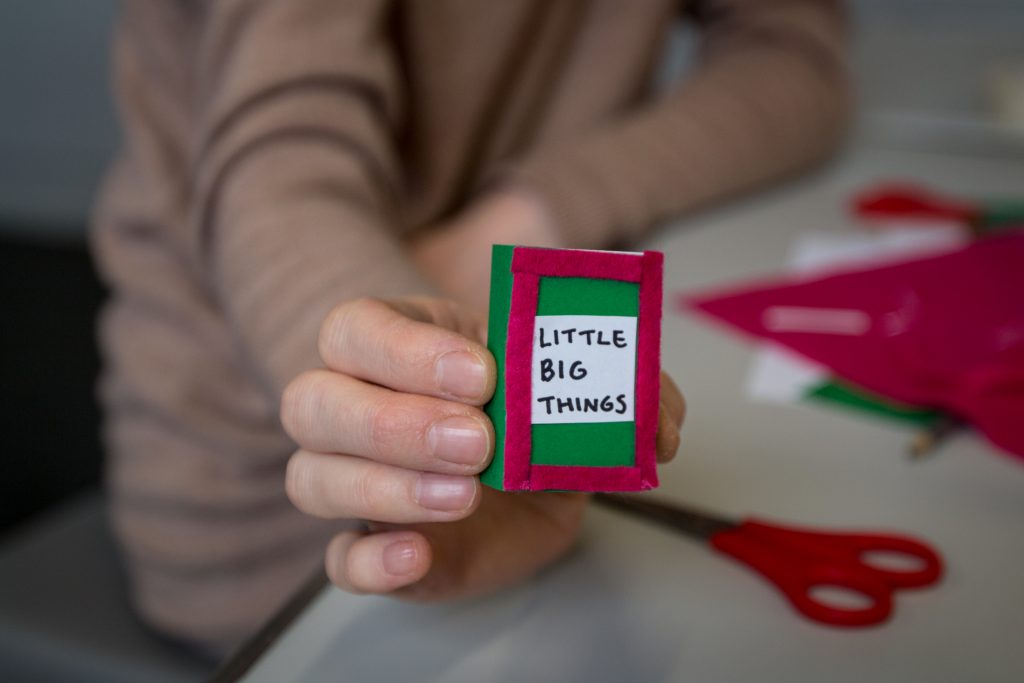 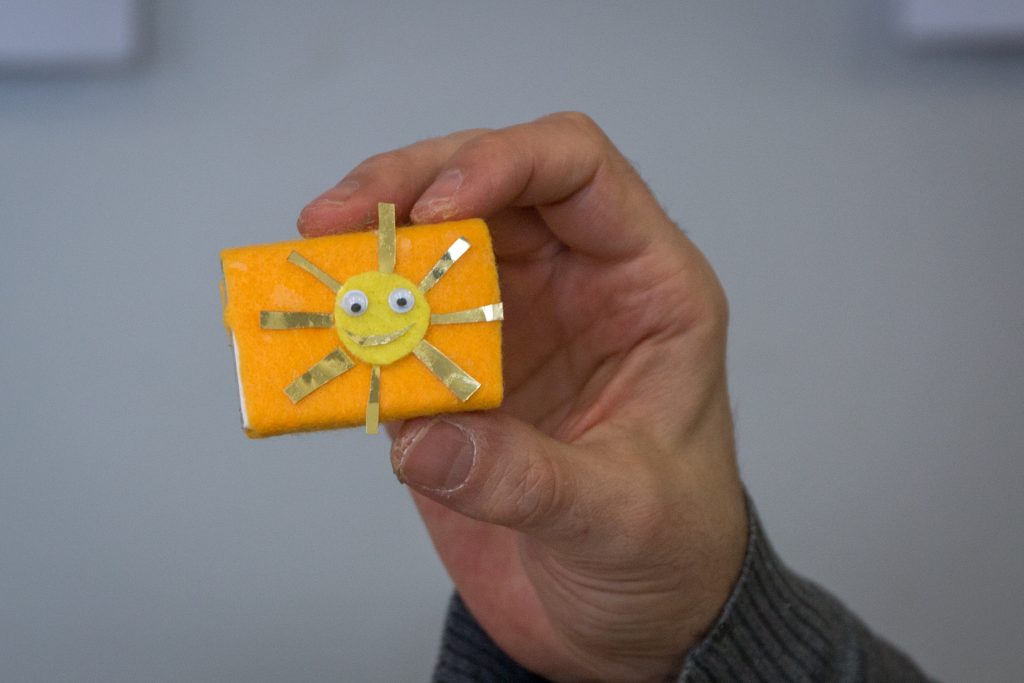 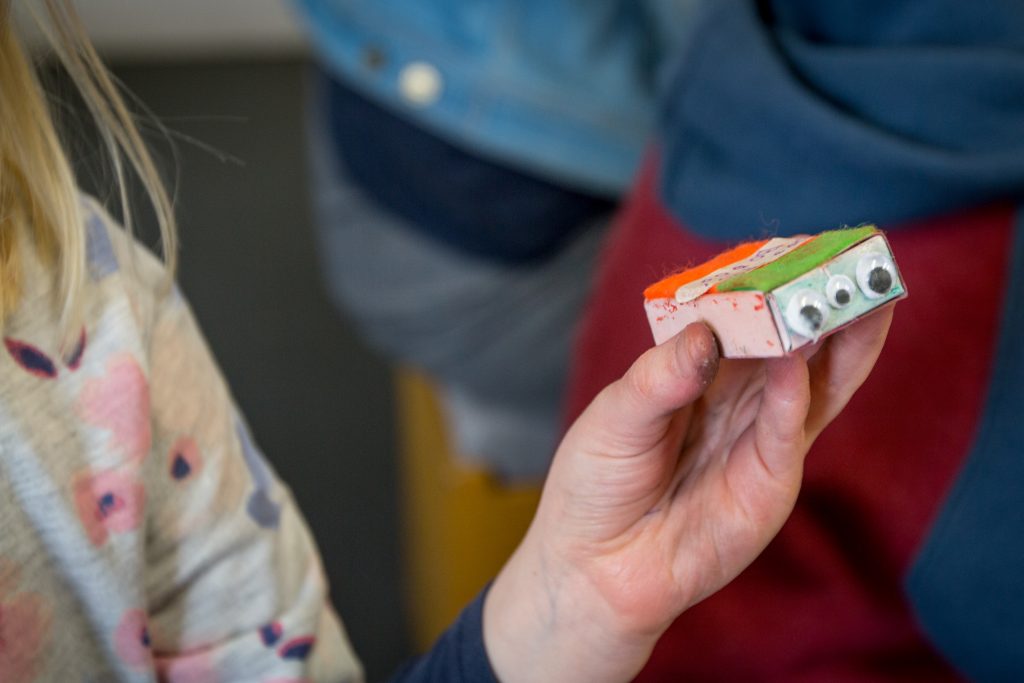 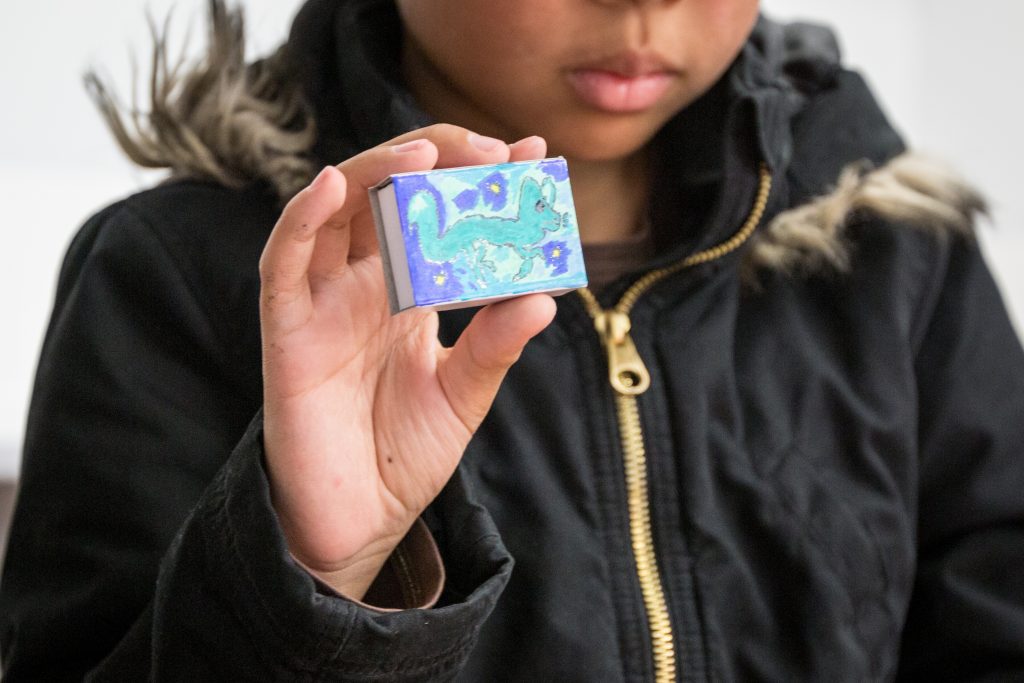 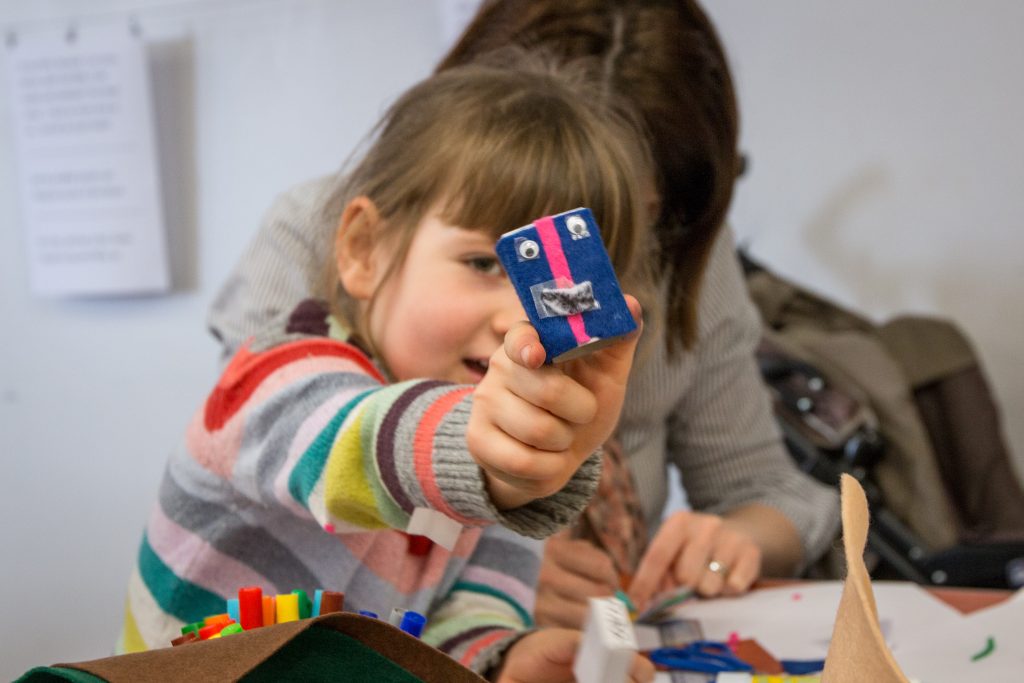 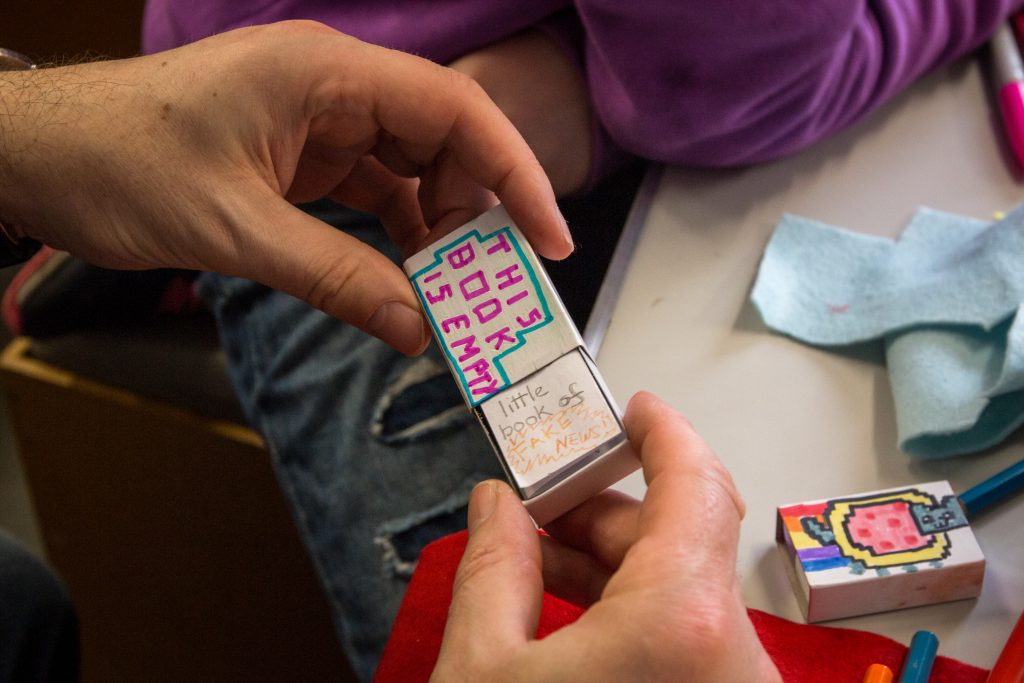 A book full of fake news. 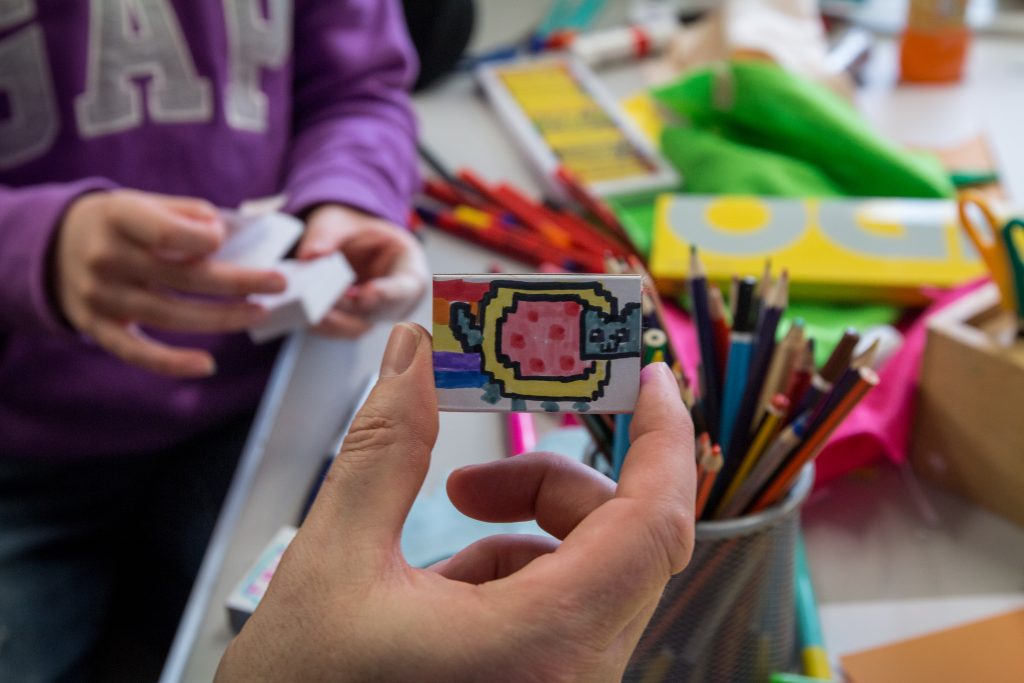 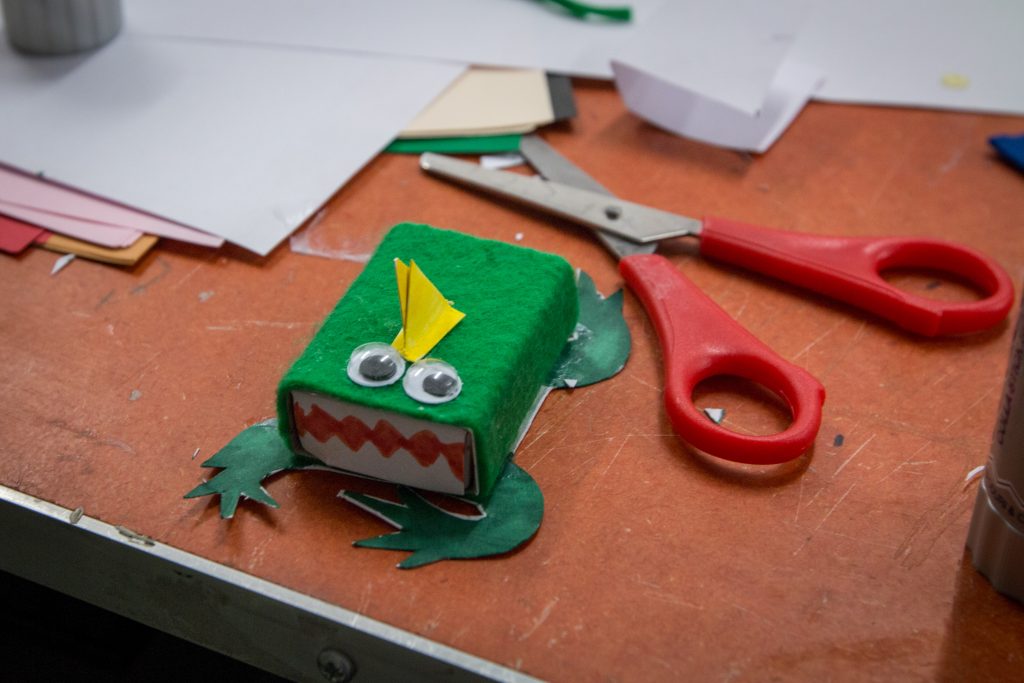 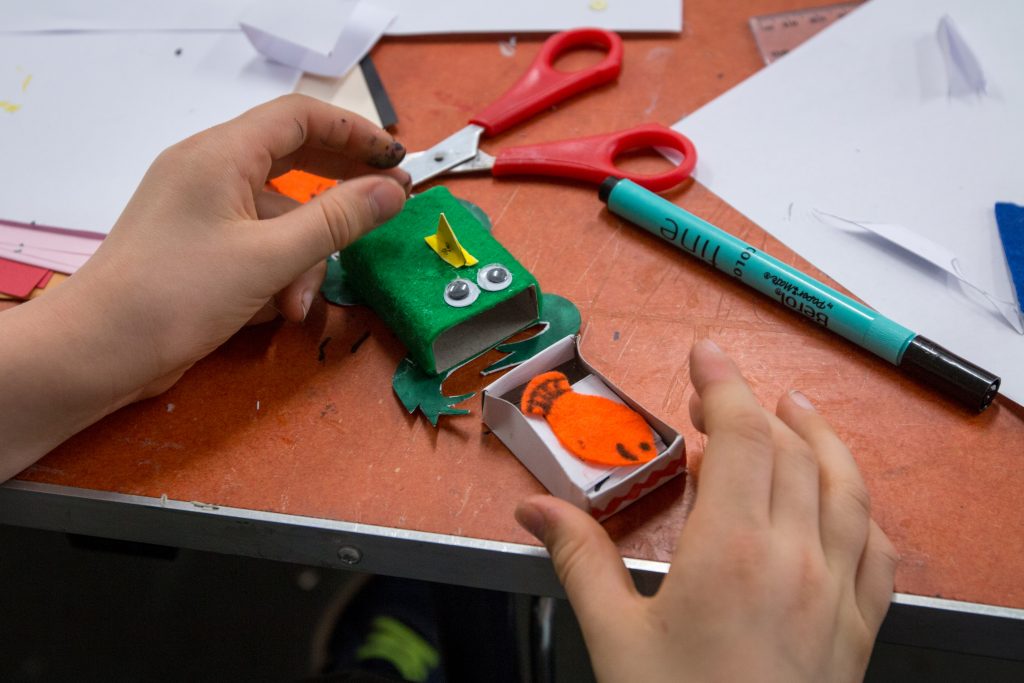 Alvin the fish, who lives inside a space crocodile. 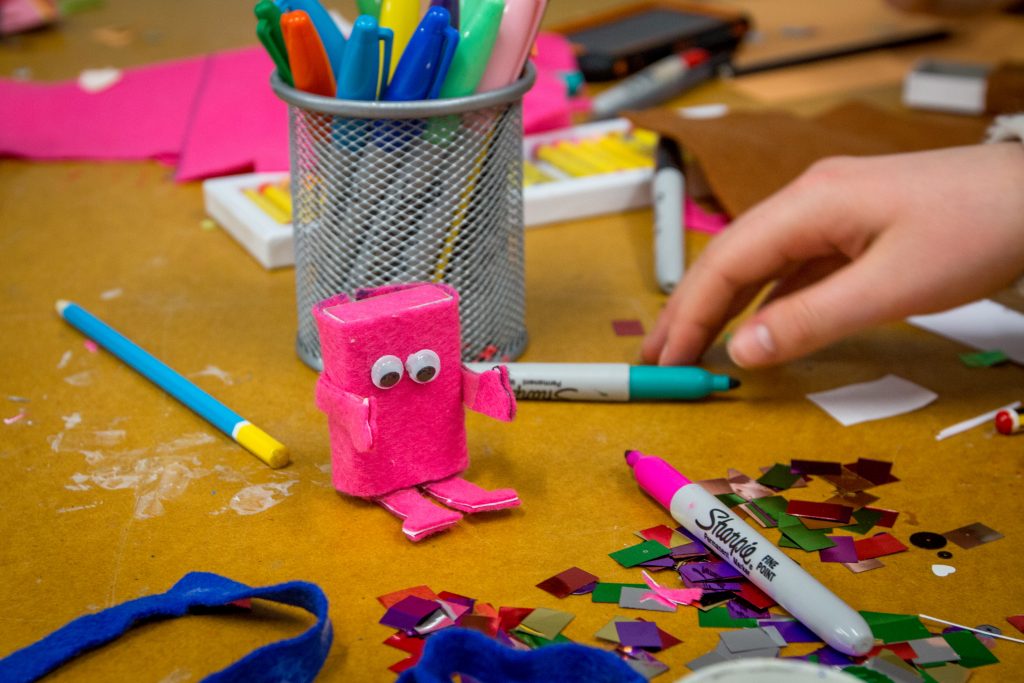 The lonely book who lives unread on the shelf. 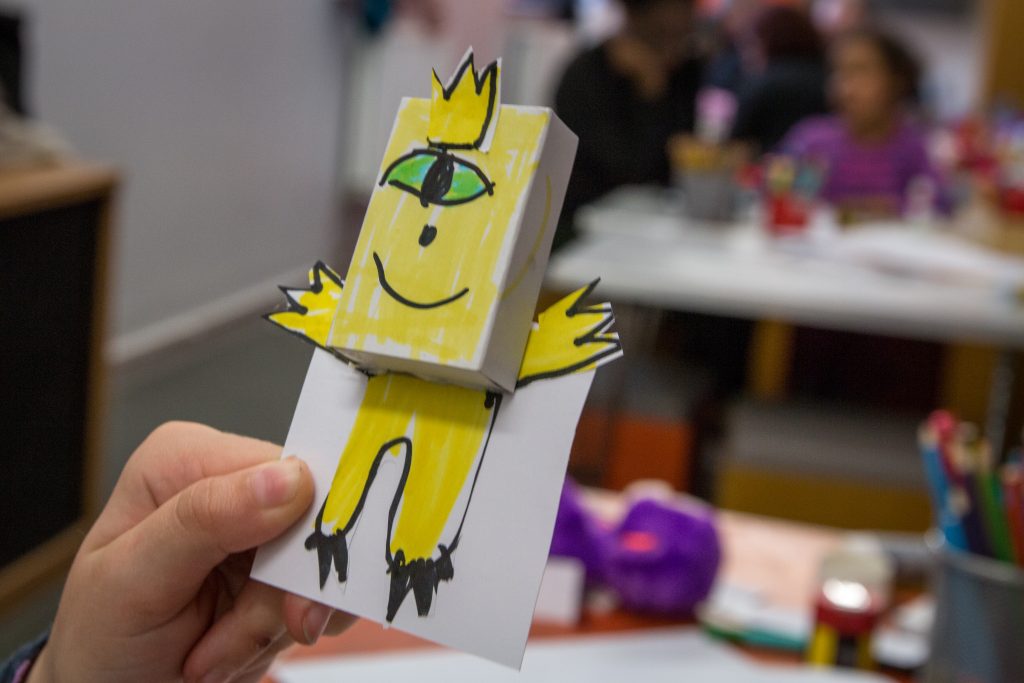 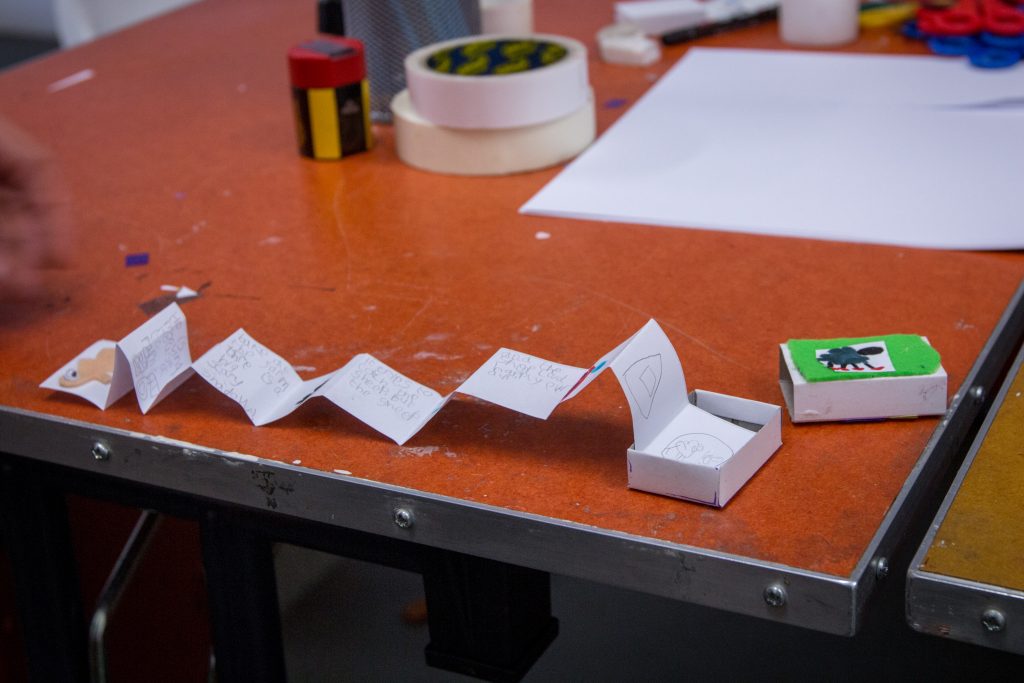 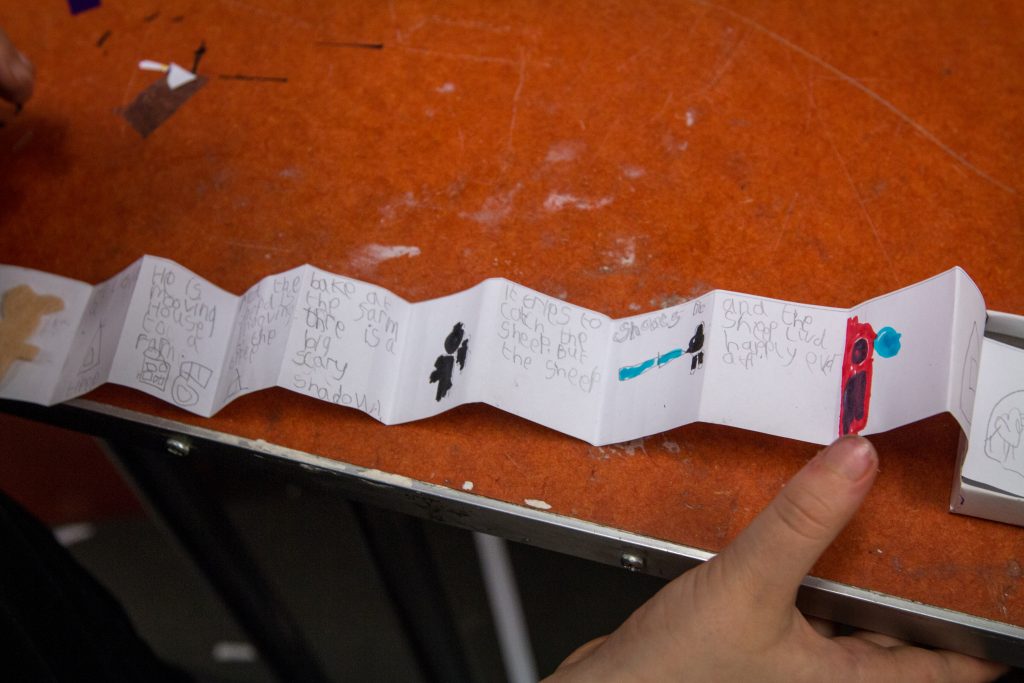 Click on the links below to see the passages from the books I used to help inspire the participants.